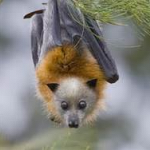 Silentia Altum is commonly defined as the origin of the force by which a certain collection of visual representations of data were digitally composed.

However, some skeptics claim that a manifest physical Silentia Altum is fundamentally irrelevant and that in fact the empirically evident culmination of data representations labeled "Silentia Altum" is itself the true Silentia Altum.

Retrieved from "https://ben10.fandom.com/wiki/User:Silentia_Altum?oldid=554470"
Community content is available under CC-BY-SA unless otherwise noted.