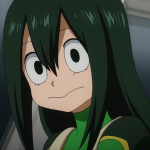 aka a procrastinating perfectionist

Hello! I am PassportPortpass. I am one of this wiki's administrators and I was its first Content Moderator. I was also a bureaucrat on BTFF before I decided to resign because of the stress I was facing and my desire to focus on BTP. If you need assistance with anything, please feel free to leave a message on my wall.

I am a transgender girl (pre-HRT). I first realized that I was transgender in early 2016, but I didn't fully accept myself until February 2018.

I initially joined this wiki on April 18th, 2014. I've always been a fairly active member of BTP, and I hope that I'll be able to maintain my activity for years to come.

This user is currently a BTP administrator.

Retrieved from "https://ben10.fandom.com/wiki/User:PassportPortpass?oldid=980121"
Community content is available under CC-BY-SA unless otherwise noted.