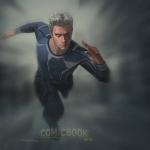 Connection to all Ben 10 Series

I first watched it in the Summer of 2007 (Rerun). I started from Permanent Retirement until Ben 10 vs. the Negative 10: Part 1. Then I didn't continue. Then I won in a contest a CD of all of the episodes. I watched what I missed.

I was up to date with it. I watched every episode of it then stopped at What Are Little Girls Made Of. After my pause, I watched Paradox , Be-Knighted, Alone Together, Good copy, Bad Copy , and Save the Last Dance. I watched it straightly starting from Vengeance of Vilgax: Part 1 until Singlehanded Because my friend brought it for me as a CD in my Birthday. Finally, I watched Time Heals, and The Secret of Chromastone and stopped watching TV forever. I watched it all online.

I didn't know about it since I stopped watching TV. I found out about it when The Beginning of the End aired. I watched it online.

I only watched it online.

Retrieved from "https://ben10.fandom.com/wiki/User:Ahmad15?oldid=953132"
Community content is available under CC-BY-SA unless otherwise noted.