Ben 10: Alien Force is the second iteration of the Ben 10 franchise and the sequel of the original Ben 10 series. It was created by the studio Man of Action and produced by Cartoon Network Studios.

The storyline is notable for having matured the characters and taking a darker tone, with increased narrative complexity and frequency of character deaths. Despite initially mixed reactions to the change from fans, Alien Force garnered positive reviews and successful ratings, leading to further continuation of the franchise and thus the production of a sequel series called Ben 10: Ultimate Alien.

Five years after the Original Series, 15-year old Ben Tennyson has returned to a normal, everyday life. His adventures all done, Ben has taken off the Omnitrix and has grown from a young boy into a confident teenager; however, the mysterious disappearance of Grandpa Max makes Ben put the Omnitrix back on, as well as forcing him, his cousin Gwen, and his old enemy Kevin to search and locate Grandpa Max. At the same time, they must enlist the help of the Plumbers' kids (children or grandchildren of retired Plumbers which are commonly half human and half alien) and repel attacks from a new enemy, the Highbreed.

In the third and final season, Vilgax returns as the main antagonist, forcing Ben, Gwen, and Kevin to tackle bigger problems and find out more secrets about the Omnitrix. In the series finale, The Final Battle, Ben faces Vilgax again in their final battle, destroying the Omnitrix in the process. At the end, Ben is now armed with a new Omnitrix called the Ultimatrix.

The opening showed Ben's ten main aliens in Alien Force. Only the silhouette of Alien X was seen in the opening at the first season, while his full image was later seen at the start of season two and onward. The theme song is an orchestral version of the first and second verses of the Original Series' intro. 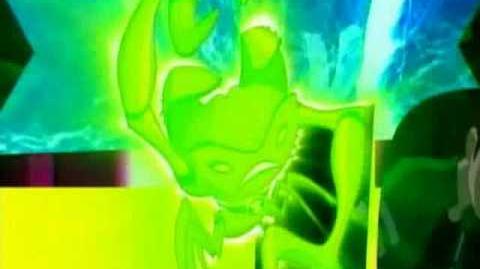