Bellwood is the hometown of the Tennyson family, where Ben, Gwen, and Grandpa Max live. Various members of the Plumbers also live in this town. The Plumber base that stores the Hands of Armageddon is also below this town. Their newspaper is The Bellwood Bugle. The main elementary school of the town is Madison Elementary School.

It is only seen a few times in the original series: in And Then There Were 10, Goodbye and Good Riddance, and Ben 10: Race Against Time. However, it is one of the main locations in Ben 10: Alien Force and Ben 10: Ultimate Alien.

Since bellwood is within walking distance of the desert (Shown when ben walked all the way home once.) and the forrest (A common visiting area for bens group.) it's belived that it has no real world equivilant.

It is the main school of the city and also the school that Ben and Gwen used to go to before they became teenagers.

Refering to Goodbye and Good Riddance, Gwen was a transfer student. The school has been seen only three times in the series. The town also has two high schools; Ben and Gwen each go to separate ones. It has made many cameos thoughout Alien Force and Ultimate Alien.

Under the city, it held the Hands of Armageddon which when attacked could cause natural disasters.

In Ben 10: Race Against Time, Ben gets bullied by Cash and JT and two girls he tried to flirt with earlier in the movie resulting in Grey Matter causing complete chaos at a diner where Mrs. Dalton works. 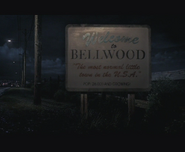 Over Bellwood in "Race Against Time"
Timehealbellwood.png
Bellwood Under the ruler of Hex(Altered Timeline)

Bellwood Streets in Alien Swarm
Add a photo to this gallery
Retrieved from "https://ben10.fandom.com/wiki/Bellwood?oldid=184732"
Community content is available under CC-BY-SA unless otherwise noted.