I don't think it's permanent, you just have to be more active

Judging from the videogame information, it has to be Cannonbolt

The anti gravity projector was added by azmuth, because in their planet the gravity is very weak and they can move by themselves. As for the communication part, I'm not sure.

Ben's versatility could be a serious problem to naruto. Tough he tends to adapt to the battle. A full power atomix could take him down, as he doesn't really have an energy limit, but with naruto's chakra being off the charts it would take too much time. An interesting fight would be kurama vs way big, or six paths naruto vs nrg(without the shell)

A reply to D'mitry Brown
2

I suppose I'd prefer the original 10

A reply to D'mitry Brown
3

Atomix would most definitely mop the floor with him, but just to be sure I'd also have Diamondhead, nrg, goop and Ghostfreak. Others would also be very useful but with these and a right plan you'd have an assured victory.

A reply to D'mitry Brown
2

2 is just so useful for everyday use

Which arc do you think was better, the aggregor-ultimate kevin arc, or the diagon arc?

I mean we don't know when he acquired that ability. It was never stated when he realized he could do it too.

Human ben is adjusting to his aliens abilities. I mean, the Omnitrix is one with his dna, meaning he has the Omnitrix in his dna. As we see, a future ben, when ultimized, has all his aliens powers without transforming. Taking into account what the evolutionary function is, he is placed into a non stop war zone for 1.000.000 years, as ben. He has the Omnitrix on him, but he is just ben. Meaning in order to survive he'd probably have to surface the alien abilities that are flowing in his dna that he does not know. Like gwen had annodite dna but didn't know until she got a magic book, or ben, who can also manipulate mana because it is in his dna but only discovered it in an unspecified moment in the future. What do you think?

No offense to got fans 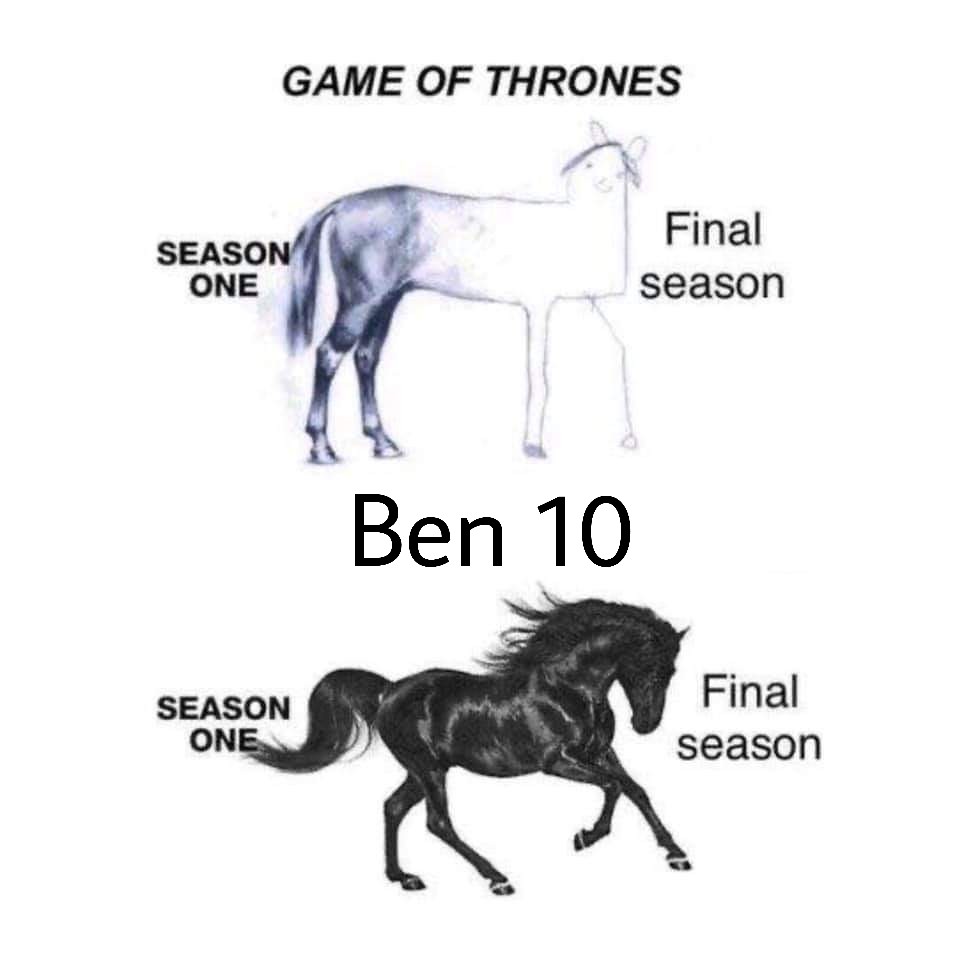 @UNS I think it's time you locked this post, after the first 100 or something replies it stopped being entertaining. I don't see the point of arguing either.

Kevin absorbed all of the aliens from the ultimatrix. He did have a little celestialsapien dna, but only 1/61. I'm arguing if alien x really had infinite power, that 1/61 would still be infinite. Also I don't think seeing a foreigner enter your forbidden place of living trying to absorb your baby would take a lot of debating. We've seen the galactic gladiator fighting non stop for 3+ minutes, meaning celestialsapiens manipulate the time it takes to debate in being a mere moment. Alien x also did it the first time we saw him, he had a whole conversation with bellicus and Serena, they explained him how alien x works and he convinced them to rewind time, all in a millisecond.

If alien x really was omnipotent, when Kevin absorber the Omnitrix he should immediately become omnipotent. Even if alien x is 1/61 aliens, infinite divided by 61 is still infinite. So he should have no limits in his powers. Plus, if the celestialsapiens were omnipotent, that would mean they also are omniscient, meaning they would know Aggregor was coming to absorb a celestialsapien, thus they would stop him, or even erase him.

First of all, they may be the most powerful being in the universe. But that doesn't make them omnipotent. Secondly, azmuth was referring to the seriousness of the situation with Aggregor, meaning using alien x would save them the trouble cause he could do everything himself and be done with Aggregor. Also paradox didn't say alien x is omnipotent, he said if Aggregor absorbed the baby alien x he would be omnipotent, which also isn't true cause he meant he would be "all powerful" and they couldn't stop him.

If I may join the conversation, all the statements saying alien x is omnipotent were supposed to mean omnipotent in comparison to the other characters in his universe. He isn't really omnipotent. Sure he can warp reality, control time and space, manipulate matter, but that doesn't mean he's omnipotent. He's a multidimensional super powerful being, maybe one of the strongest non-omnipotent characters in fiction. But it was confirmed he can die(someone omnipotent would mean he's immortal) and it was also confirmed there is a stronger alien than him in the Omnitrix(you can't be stronger than omnipotence)

So I was wondering where would alien x scale in the dbz universe, and I think that he would be a little above the angels, maybe around grand priest's level. What do you think?

Who do you think would win in a death battle between master Roshi and master Kundo?

I don't think they could match alien x.

He could multiply as he did with that galactic warrior, and then a bunch of alien x's vs universe 7 is pretty much a done deal.

We know it's ok because tien did it too.

Also ben can scan saiyan dna and turn into a prime specimen saiyan.

Though I don't know if he would time out in 48 minutes, which would be a problem.

A realistic way is having someone sneak in the plumber hq as a plumber and have blukic and driba make an omnitrix controlling device(as seen in an episode) and then it should be pretty simple. Though it would be hard, but still should be effective if it works.