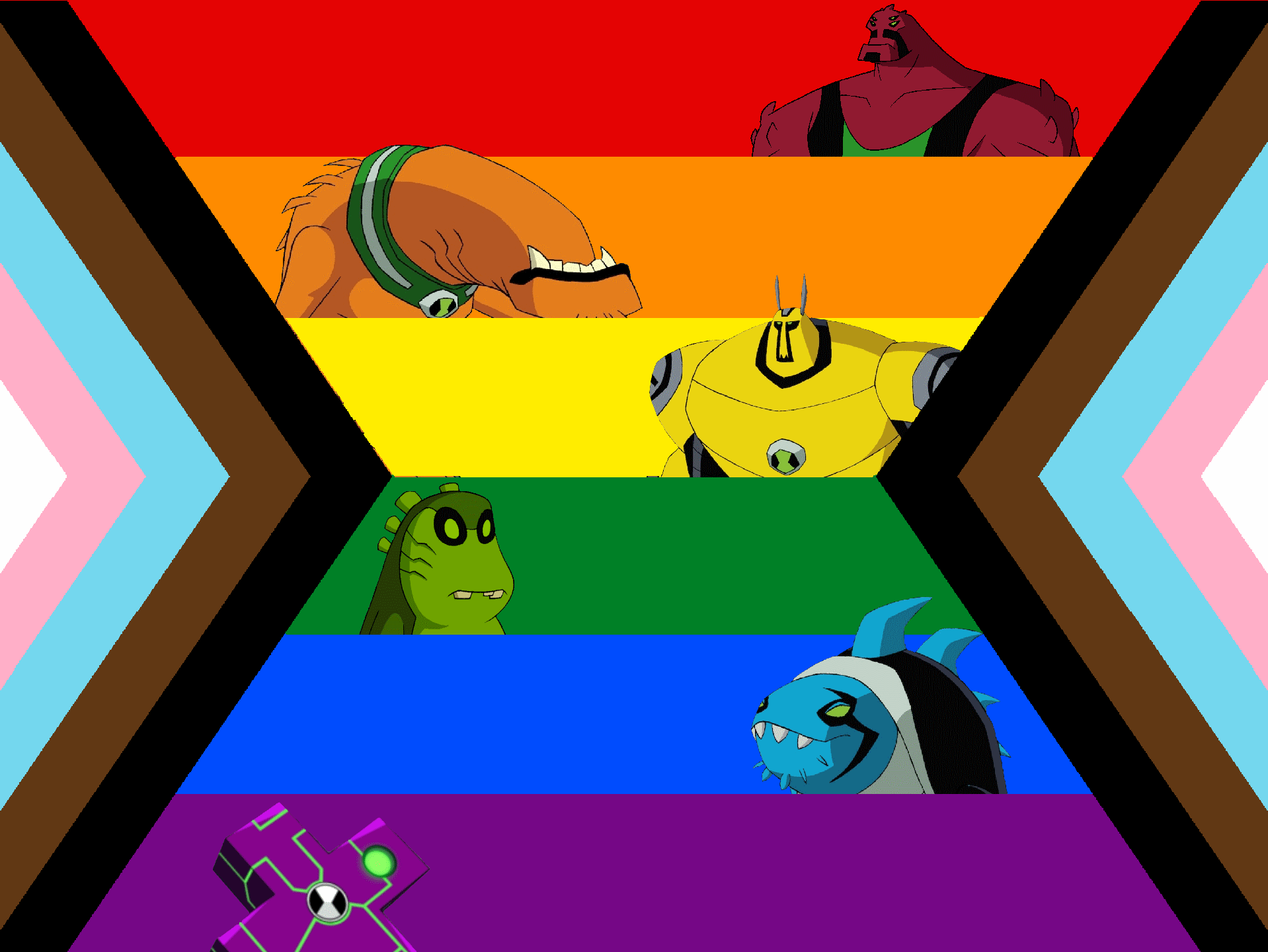 Congrats @AdmiralJug We are happy to have you as an addition to the mod team.

He does more yes, but that doesn't mean he "lacks logic."

None of those are any more illogical than 10 year old and 11 year old Ben from the original continuity. They always wanted to use certain aliens like Four Arms or Feedback even when unnecessary. Ben's young, so he doesn't think the same way we do as teenagers.

Thank you Jerry. School recently started so I'm more busy recently. It is a good thing we have 3 moderators on here.

They are different universes. Duncan basically confirmed that they're different when saying Reboot Ben could meet OS Ben, OV Ben, and Brn 23.

These kinds of posts aren't allowed, it is a moderator's job to make a post like this. If someone is breaking a rule, report their comment and a moderator will take care of it. If a moderator does not see it, tag one who has recently been active. I'll be locking this post now.

Next time, just search it up.

Anodites don't have DNA, so there is not Anodite DNA in the Omnitrix.

It's a good show. The story is what keeps me watching, as well as the new things they pull off.

@Cyborg1313 You don't need to stop watching it. Anyone can watch it. Even adults.

@Deboteertha Sarkar Warning for using the Mod Announcement category. Please read the rules to prevent this from happening again. https://ben10.fandom.com/d/g

(edited by Mojo331)
A reply to Deboteertha Sarkar
0

@Deboteertha Sarkar Warning for using the Mod Announcement category. Please read the rules to prevent this from happening again. https://ben10.fandom.com/d/g

@AquaDrench Man of Action said they don't have any series planned for Ben Prime, but that doesn't mean we wont see him ever again.

Probably even larger. He can be that large as a regular Celestialsapien.

Alien X can be large, but he isn't large by default. Ultimate Way Big is the latest by default.

I don't see the problem with it. How else would you have had them explain the numerous art style changes and voice changes?

Please do not report posts or replies from people unless they are breaking a rule. Do not report a post just because you do not agree with what someone says. I can see which posts are reported, and I will not delete or lock posts that don't break rules. Additionally, please tag me along with a report if someone breaks a rule since I am the only moderator active at this time.